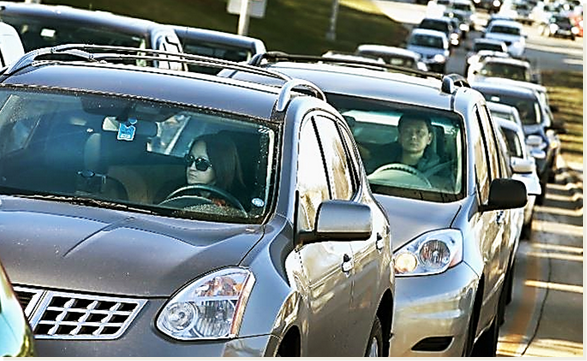 It happens: people go to the gas pumps, grab a nozzle from the rack of nozzles, unscrew the gas cap, and then dump the incorrect fuel type into the tank. Will it cause damage? Maybe. Will it corrode the fuel lines? Probably.

And unfortunately, many of those same people don’t realize the mistake they’ve made until it’s far too late. So, what should a person do in this unlucky situation? Here’s a few tips…

The catastrophic consequences of a fuel cross up depend on the type of fuel the engine is designed to run on. In the event the vehicle is a diesel engine, and gasoline has been pumped into the fuel tank, then it will need to be drained of all gasoline—before it’s driven—and re-filled with diesel.

You’ll likely need it towed to your mechanic where he or she can flush the engine correctly and then replace the fuel. If you do start the vehicle, without removing the gas, then it’s likely that the components will break down: injection pump, injectors, and, when those have gone, the entire engine will fail. Bad news. Expensive fix.

If you were unlucky enough to pump diesel into a gasoline engine, then the consequences oftentimes are not as dire. In fact, a few gallons may only burn off smoky-dark (although to take the chance that nothing will happen, and to ignore the mistake, could be, and likely is, an enormously bad idea).

Like the diesel engine, incorrect fuel can and will destroy the gasoline engine, and it’s always smart to have the vehicle towed to your mechanic’s where he or she can flush the engine of the offending fuel and replace it.

And for all of your towing needs City Towing is available, twenty-four hours a day, seven days a week—a failsafe against the universe’s it-will-go-wrong-at-exactly-the-wrong-time law—and City Towing can come to you anywhere in the Billings area and beyond. If you have made the unlucky mistake of fueling your vehicle with the incorrect fuel, then call the professionals at City Towing immediately.